Before my son was born, I did not really think much about what I could or could not eat, since I did not have any food allergies, but a few months into his newborn life here on earth, we got him tested for food allergies, and found that he was allergic to wheat, soy, dairy and egg whites. Since I was still breastfeeding  him, I slowly had to cut out these foods from my diet. I must say, it was not easy. I had to start reading labels when I when grocery shopping. I had to really look closely at the menu when we went out to restaurants and food places. I had to make special requests when dining out or visiting friends places for dinner. It was a very meticulous and detailed process. Although, I really tried to cut out these foods from my diet, it was not 100% out of my diet. And I would see him suffering, after I fed him. He would scratch and scratch, and cry and cry. It was very hard to watch.

About a month ago, I stopped breastfeeding him completely. Not surprisingly, his skin has been about 90% better. For some reason, he still scratches, and we are scratching our heads, trying to figure out why…. because he has pretty much not been fed any of the foods that he is supposedly allergic to.

In the past month, my focus has been on educating myself on food allergies, learning about genetically modified foods in our food system and eventually learning how to cook foods that we normally eat, but now it has to be gluten-free, dairy free and soy free.

I read the book… The Unhealthy Truth, by Robin O’Brien

It was an eye opener, because it was written by a mom who,  because her daughter had an allergic reaction to eggs, has taken it upon herself to help expose the evils of Monsanto and the connection with the FDA and EPA and those in Washington.

I also watched the documentary The Future of Food by Deborah Koons Garcia, the widow of Jerry Garcia. It was so informative and also made me really conscious of the idea of how much of our foods is genetically modified. It really motivated me to make daily changes to better what I consume. 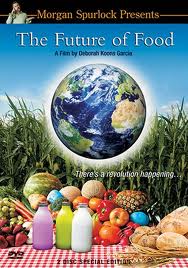 Since I’ve become more aware of food allergies, as a result of my son’s allergies to wheat, soy, dairy and egg whites, I have also been meeting more and more people who, either themselves have food allergies or knows of someone with a food allergy…. strange….

there’s something going on…..